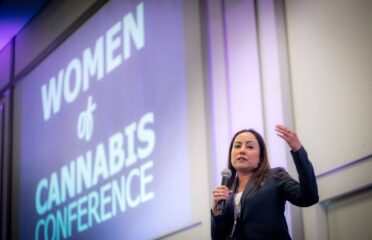 The cannabis industry is competitive and fast paced. Raising stars fizzle after a couple of years, crashing and burning.

Larisa Bolivar has been an activist for legalized cannabis and patients’ rights since the 90’s and has been shaking things up in Colorado cannabis for over 20 years.

1998: Coloradans vote on Amendment 19, which would legalize medical marijuana — but Secretary of State Vicki Buckley refuses to count the votes after determining that proponents collected an insufficient number of signatures to put the measure on the ballot.

2000: After the Colorado Supreme Court rules that Buckley had erred in not counting the votes in 1998, the medical marijuana measure is once again put in front of voters as Amendment 20 — and passes with 53 percent of the vote.

May 2001: Then-attorney general Ken Salazar warns doctors that they could face federal charges if they participated in the state’s medical marijuana program.

June 2001: The Colorado Department of Public Health and Environment (CDPHE) launches the Medical Marijuana Registry Program, which licenses patients to use medical marijuana. The program grows slowly; in the first four years, just over 500 people apply for a license.

2004: The CDPHE’s Board of Health institutes a rule limiting each medical marijuana caregiver to a maximum of five patients.

Larisa’s tenacity and commitment to legalization has kept her in the national spotlight making her a popular speaker at cannabis conventions.

Larisa has been instrumental in winning licenses for clients in competitive states. She has written standard operating procedures and other company operating documents across multiple highly regulated markets, assisted companies in becoming more efficient and profitable, has successfully helped businesses get organized and prepared for mergers and acquisitions and further provides organizational development support.

She has published articles in respected publications such as the Denver Post, and in 2017. She published the Cannabis Consumers Coalition: 2017 report on Cannabis Consumer Demographics and Consumption Habits that was mentioned by Forbe’s, Entrepreneur and Investing News.

More recently Larisa was published in Marijuana Business Daily, Marijuana Branding Strategies Do’s and Don’ts. August 4, 2020. She is featured in Westword’s Rolling with the Punches series of interviews with (pre-legalization) trailblazers and OG’s (April 15, 2020).

Larisa was one of several activists working with Gov. Polis on the Social Equity Task Force. House Bill 1424 was signed on June 29 at Simply Pure Dispensary in Denver.

Her decades of being on the forefront of an emerging industry coupled with her knowledge of the plant and continual business education has evolved into a successful company.

“We use only the finest ingredients, sourced from nature and manufactured in GMP compliant facilities.  We are a distinguished hemp phytocannabinoid company that strives to help people feel and look their best using only the finest elements found in nature matched with advanced botanical science.”

During her personal journey in the business of cannabis she has taken the time to mentor other entrepreneurs. Larisa Bolivar is a Woman Cultivating Success.